Sorry, we’re done with the puns. Although you do have to admit, that one was pretty epic.

This month, your favorite, healthy, Instagrammable meal is being celebrated with the attention it so deliciously deserves. If you didn’t know already, May is National Salad Month and we are going all out by discovering its hidden history as well as some strange fun facts.

A trip through time
Back in the early salad eating days (circa 1st century CE), ancient Greeks and Romans gathered and layered raw vegetables, drizzling vinegar, oil, and herbs over top to create the world’s first salad.

During this healthy, raw food diet craze, Hippocrates sparked a huge debate when he declared that eating raw vegetables in a salad before supper helps clear the intestines of obstructions. Critics backlashed and said that the vinegar of dressing affected the flavor of wine, so salads should be eaten after the main course. Today, most salads are happily consumed before the main course, mainly just because we’re hungry.

Flash forward to the Middle Ages – Artistic transformations and revivals were made during this Renaissance period, including green leafy experimentation. The dinner salads that were created during this time are extremely similar to the ones we still eat and enjoy today.

What is in a name?
The 18th century version of the chef’s salad was referred to as “salmagundi”. At the time, this salad consisted of chopped meat, anchovies, eggs, onions, and oil. When making new salmagundi recipes, it was the tradition to use whatever was on hand at the moment, so each salad was truly a personalized dish. This salad was uniquely altered by a chef at the Ritz Carleton in New York City during the 1940s when he added smoked ox tongue and watercress to the salad. No thank you.
Both the name salmagundi and salad derive from “sal” meaning salt in Latin, which was a common ingredient in dressings. Back in those days, ancient Greeks and Romans used vinegar, oil, and herbs, which is why the Romans referred to salads as “herba salata”, which translates directly to ‘salted herb’.

Modern day greens
Today, salads are available in almost every restaurant, cafe, and even gas station around the country. But what did the United States do to create their own salad tradition?
As Todd Frye from the nostalgic Pop-Cult website eloquently puts it, “As an American food, salads were relatively unimportant until the back to nature movement of the nineteen sixties. This was a meat and potatoes nation well through the T-bone-on-the- grill fifties.”

The biggest innovation to the centuries-old salad dish was lime Jell-O. Yes, you heard that correctly. To put it simply, this gelatinous salad really broke the mold (sorry, last pun) from a typical, bland salad. Not only is it vibrant green, it is also sometimes made with shredded carrots and cabbage, or cottage cheese and pineapple chunks.
Fun facts

Brunch History: What You Should Know About National Eggs Benedict Day 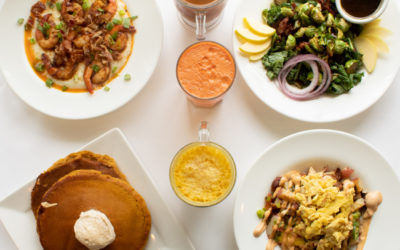 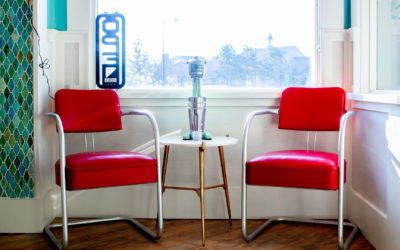 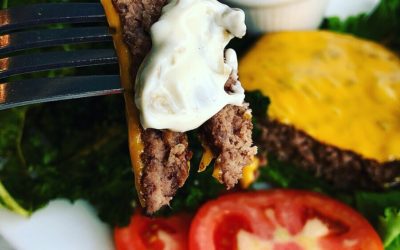 A cold glass of juice served with an Eggs Benedict